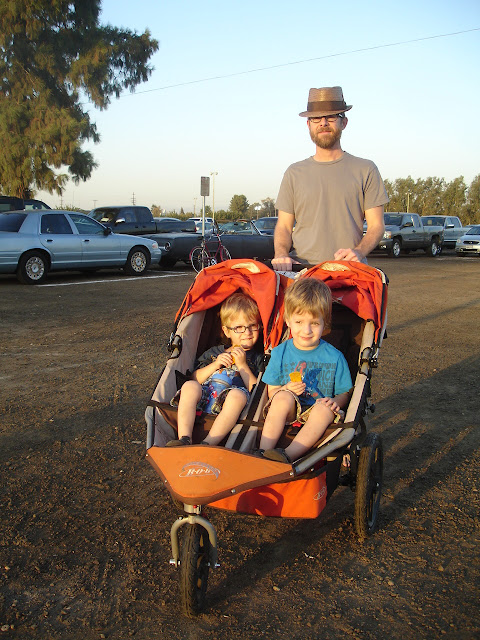 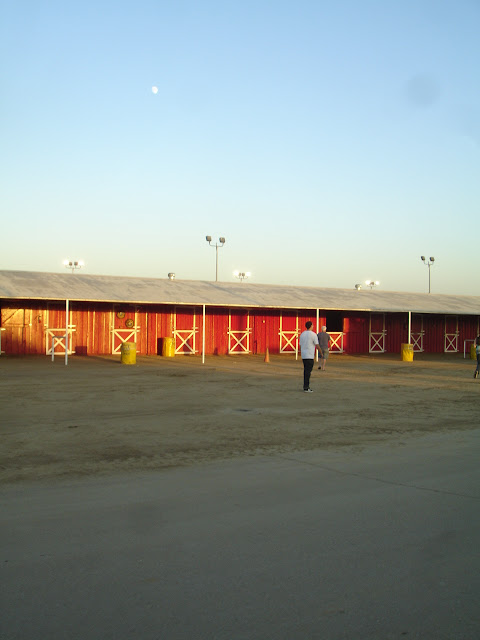 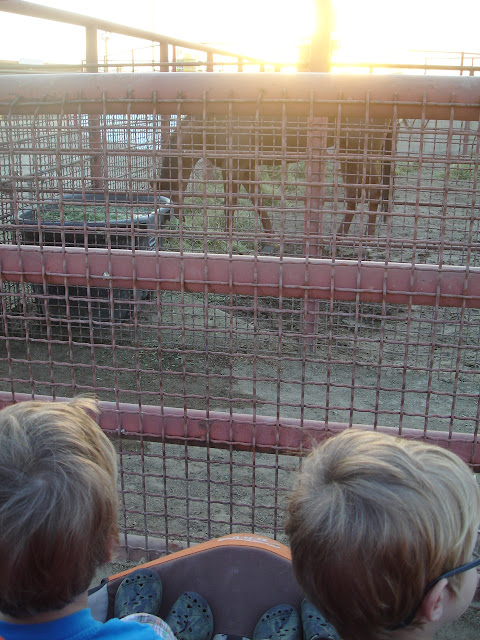 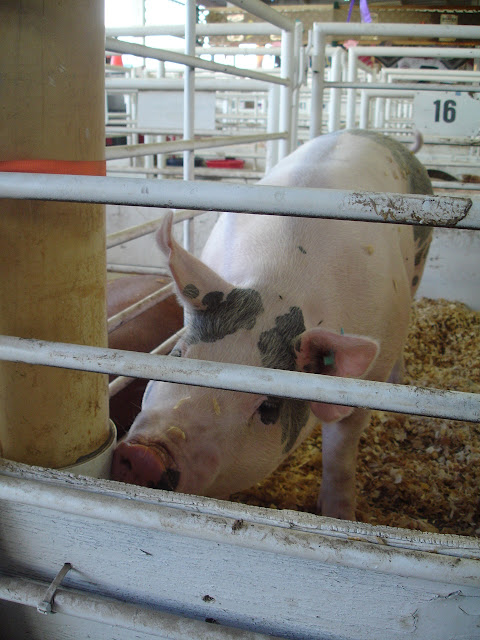 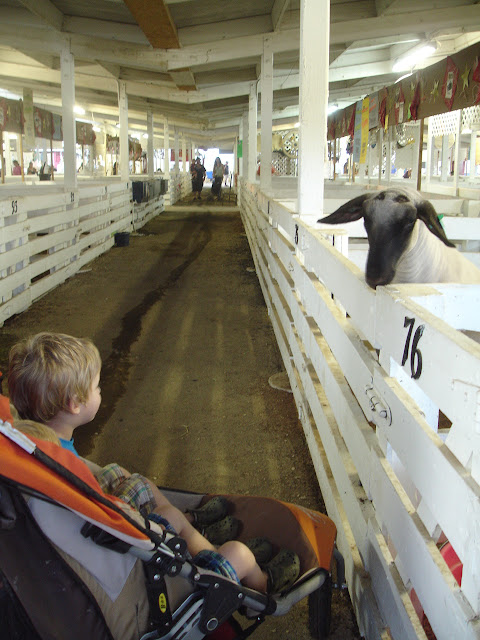 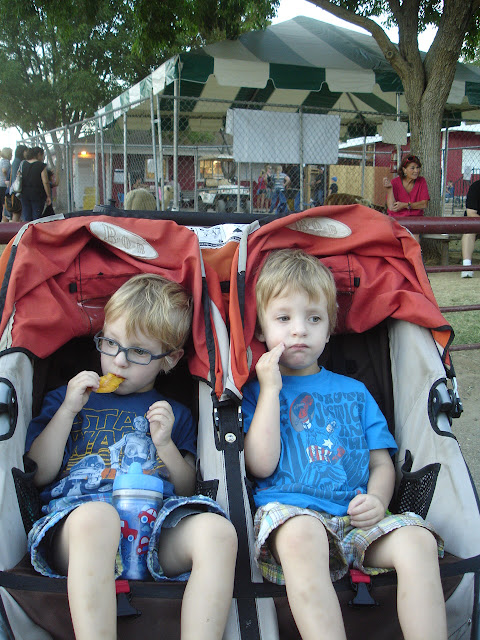 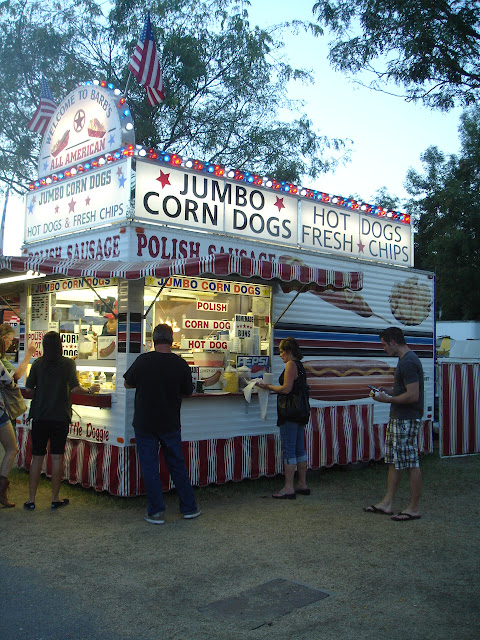 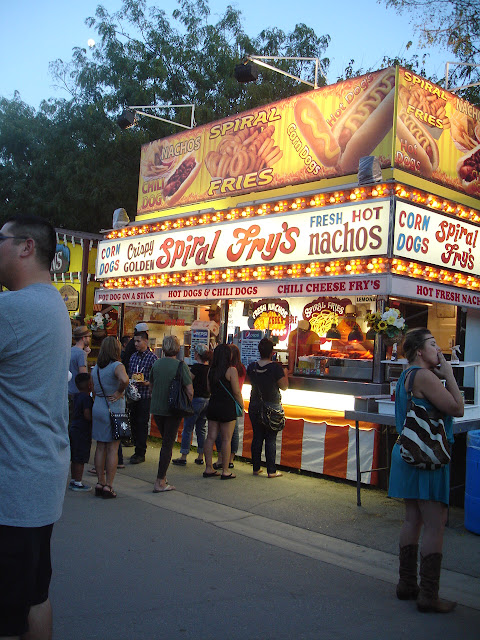 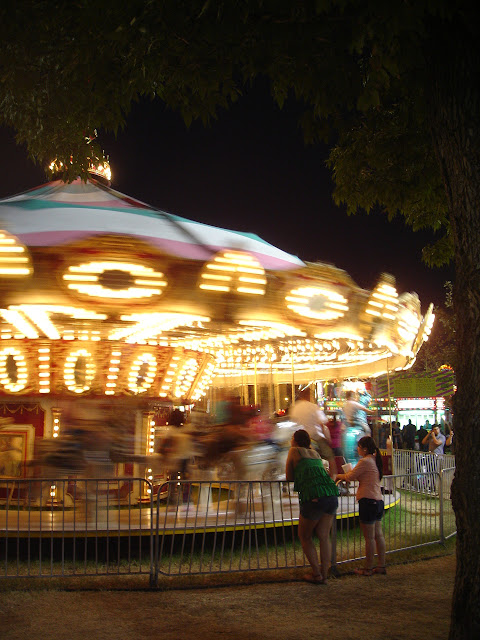 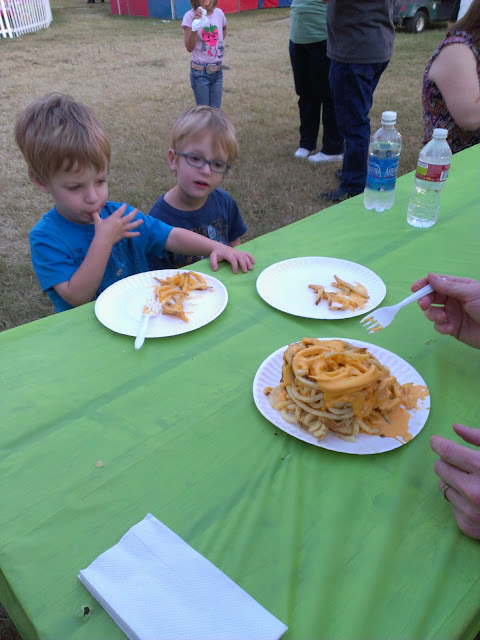 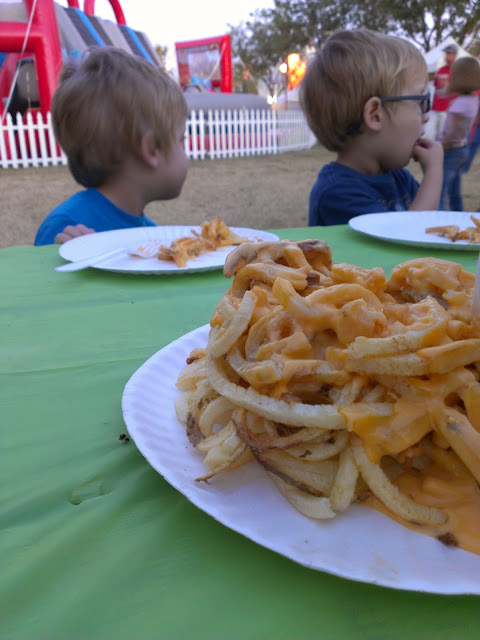 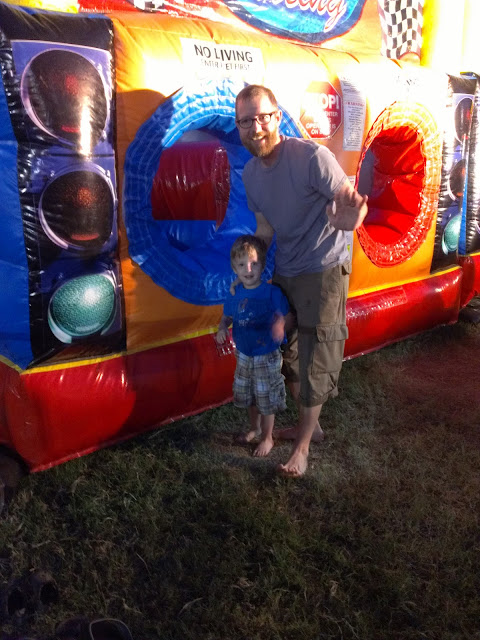 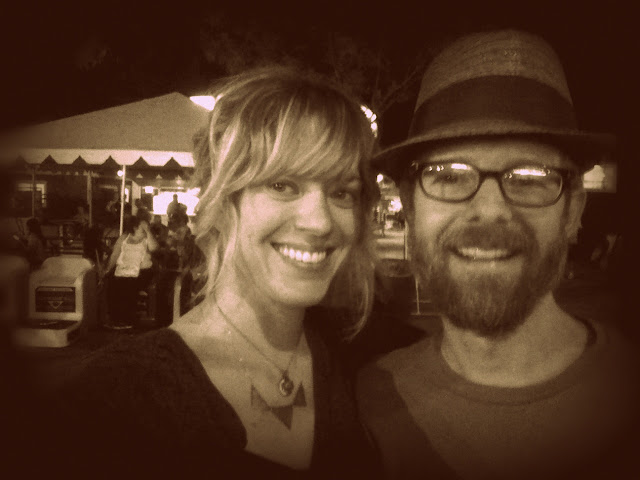 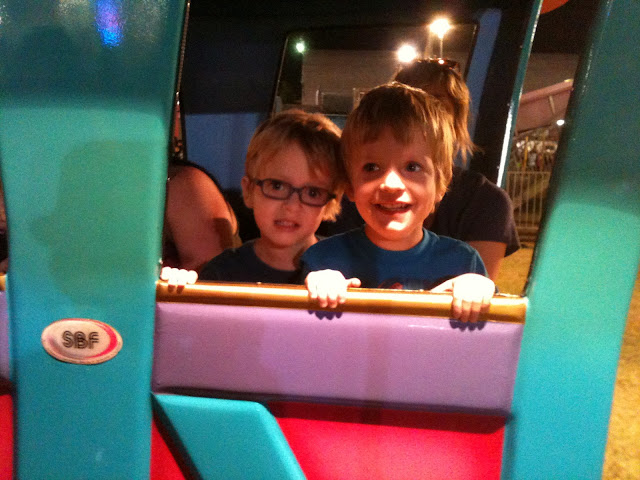 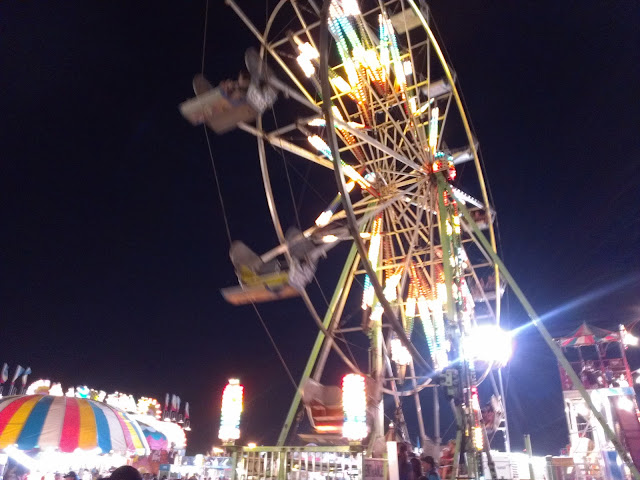 This was officially the boys second time at the fair but in all honestly none of us could remember much of the first time - they were a mere 18 months old, we were fairly new vegetarians, and trying to recall memories that are more than six months old usually result in haziness. Is this what happens to your brain upon becoming a mother?

But this time around we had a most memorable time. It helps that the boys who are now three were stoked beyond belief at the lights of the rides, the animals (the goats and sheep, the gigantic hogs, not so much), and the crazy bounce house rides and obstacle courses. G and Augie attempted the latter and almost made it to the slide at the end. Liam decided after thirty seconds of being in there that it would be much less horrible to wait on the outside with Mama.

And although eating vegetarian at the fair takes some hunting we ended up happily eating a giant plate of spiral cheese fries for dinner followed by chocolate ice cream cones (God, the mess) and a token cinnamon roll. I can only imagine the condition of my stomach if I had actually braved a corn dog. But man if fair corn dogs aren't one of the best things ever.

The teeny regret I have is not being able to fit a photo booth session in. It's such a tradition for me and G and is my all time fave thing to do at the fair. Next year for sure!
Posted by tinyparticlesoflight at 4:35 PM